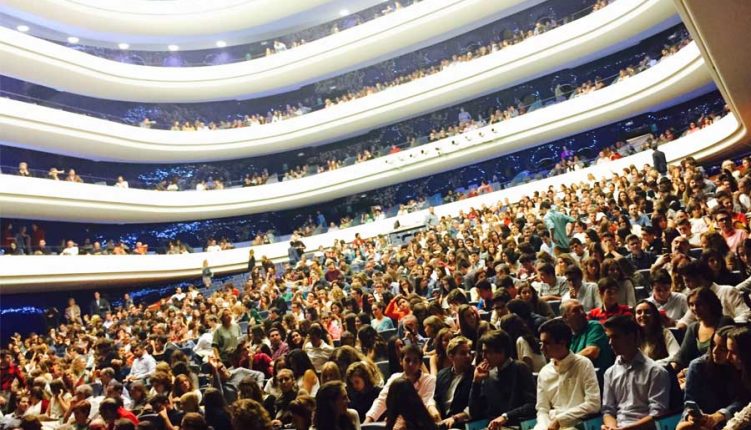 What’s new in the 2019-2020 season at Palau de les Arts Reina Sofía (the Valencia Opera House) is the expansion of the repertoire of events, ranging from the Baroque to the 20th century in 9 very special operas and other musical genres in a wide variety of events.

Thus, on the one hand, the programme called “Les Arts és òpera” will cover more than 200 years of music history with titles by Händel, Mozart, Martín i Soler, Rossini, Gounod, Verdi, Richard Strauss and Poulenc.

On the other hand: dance, lied, zarzuela, flamenco and other genres and concerts will also be included in the programme of Palau de les Arts Reina Sofía (the Valencia Opera House) in the 2019-2020 season. You will find below detailed information of these upcoming events up until December 2019.

Semi-staged version of this opera buffa in three acts by Wolfgang Amadeus Mozart. A comic piece in which everything seems to be something…  but nothing is what it looks like.

Les Arts Florissants is a prestigious and specialized instrumental and vocal formation that is recovering classical and baroque music with ancient instruments. Coinciding with its 40th anniversary, this piece is shown at Palau de les Arts Reina Sofía (the Valencia Opera House), together with the voices of Le Jardin des Voix.

Opera buffa with a prologue and two acts by Francis Poulenc, based on the homonymous surrealist comedy by Guillaume Apollinaire. In co-production with Aldeburgh Music -United Kingdom-, Festival d’Ax-en-Provence, Muziekkapel Konigin Elisabeth -Waterloo-, with the support of ENOA and the Cultural Program of the European Union.

Four-part lyric dramma by Giuseppe Verdi, Temistocle Solera’s libretto, based on Nebuchadnezzar’s piece, by Auguste Anicet-Bourgeois and Francis Cornue and the homonymous ballet by Antonio Cortesi. Produced by the Washington National Opera, in coproduction with The Minnesota Opera and the Philadelphia Opera.

Romance in three acts, by Pablo Sorozábal and based on the Romancillo by Federico Romero. Produced by Teatro de la Zarzuela.

After celebrating the Goya prize for the best original song “Este es el momento” in the movie Campeones, Coque Malla returns on tour with Revolución Tour, and you can see him live this December in Valencia.

Good Practice Guide of the Ministry of Health: tourism, beaches and nature in 2020

Profitability turning your apartment or chalet into a holiday rental

6 great plans to discover Fallas in Valencia in 2020

Book online your accommodation with us in Valencia!